リンク wikimapia.org Titan Floating Crane (Panama) - Wikimapia Among the largest floating cranes in the world, "Titan" was built by Hitler's Germany and claimed by the United States as war booty. Titan entered service in Panama in 1999 after having served for 50 years in Long Beach, California. The crane can be float 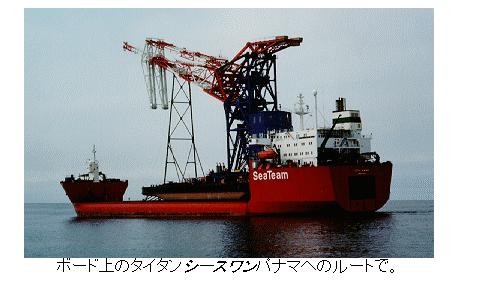